Our friend Lucas Deverell is having his first solo show. Basically, he asked a bunch of other artist friends to contribute writing which he then drew images to accompany. I contributed a poem, Charlie contributed a short story and a bunch of other people contributed stuff too. I've seen some of the stuff and it is really really rad. If you live in the UK, try to make it to Brighton for the show. I think he'll also be selling prints for 30 pounds a pop. Neeeeeeeeeeeeesh. Also, check out his website: LR87.co.uk 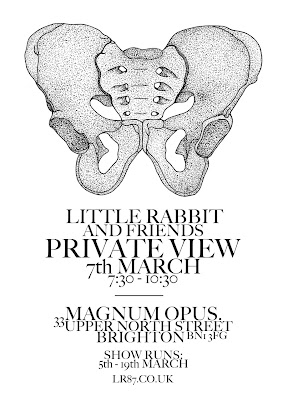