Our pals at Chapter have whipped up posters to promote out upcoming tour with Dum Dum Girls. Much like us, they are outer space punks preparing to embark on a fantastic voyage. Zap yourself: http://joinchapter.com 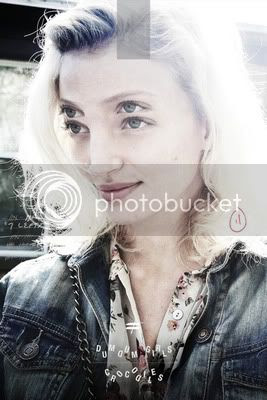 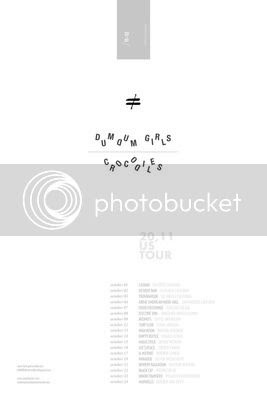 During these years of constant traveling my one closest companion (besides a moleskine) has been my monthly ipod mixes. They are comprised of some of my favorite songs and newly discovered gems that have fallen into my ears along the way. Each mix has been listened to a zillion times and for me marks exactly where I was and what I was doing at the time, for instance I remember doing a radio interview pool side in Bologna Italy at our hotel when the Pistol's Silly Thing came blasting out of the cafe. Fun times.

August and September have been spent rehearsing and recording our third album here in Berlin. The album is nearly done and our entire band is buzzing from the results. I made these mixes for the long walks around Prenzlauer Berg and Kreuzberg when we were creating the energy and mystique that would eventually flow through our newest recordings. I will miss Berlin deeply.

"More More More" by Andrea True Connection
"It's All Over Now Baby Blue" by Them
"Otis" by Durutti Column
"The Last White Christmas" by Basement 5
"Full Moon On The Highway" by Can
"The Rain, The Park & Other Things" by The Cowsills
"Love You" by Primal Scream
"Somewhere There's A Feather" by Nico
"I Threw It All Away" by Bob Dylan
"Cop Killer" by John Maus
"Roxette" by Dr. Feelgood
"Stoned Out Of My Mind" by The Jam
"Many Rivers To Cross" by Nilsson
"I Love The Way You Love" by The Chosen Few
"The Morning After" by Count Five
"Nothing Can Stop Us" by St. Etienne

Posted by crocodiles at 11:07 AM No comments: 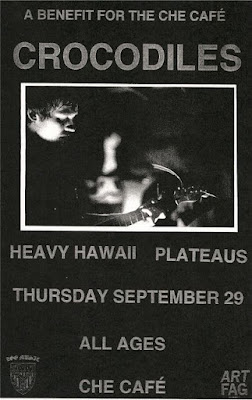 Posted by crocodiles at 5:41 AM No comments:

Posted by crocodiles at 9:16 AM No comments: